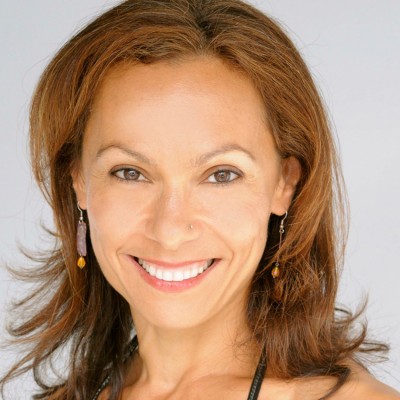 I am incredibly grateful for this daily practice called yoga. Yoga has transformed my former exercise routine from something merely physical to an experience that feeds my body, mind and soul. Yoga replenishes my energy and stimulates my body's innate powers of healing. Over the last thirteen years, yoga has helped me overcome supposedly "permanent" physical injuries and chronic pain.

My journey towards healing began twenty five years ago: While walking through a crosswalk on my 14th birthday, I was struck by an SUV, speeding through a school zone at 50mph. By all accounts, I should have died. The force of the impact shattered my spleen, broke my left kidney into unsalvageable pieces, fractured my skull, ribs, and pelvis, poked a hole in my aorta and broke my femur in half. After six hours of emergency surgery, a week in ICU, and a month in the hospital, I was released back home. Though my body healed, my bones remained problematic. Over the next few months, my femur was re-broken five times in an effort to straighten it out. Eventually, I was placed in a full body cast for six months. Several years later, my femur was re-broken one more time, and a steel rod placed inside the bone, where the marrow used to be. Two years later, the steel rod was removed. In 1998, I discovered yoga and my life forever changed. The feelings of fighting my injuries and trying to prove something to myself, began to fade. Instead, I learned to embrace my healing body. These days, I teach Kick It Up With Aria at Yogis Anonymous: a strong vinyasa flow class with attention to alignment, breath and core strength, the keys to building a healthy foundation for a lifelong yoga practice. I enjoy teaching inversions, which are great for the immune system and help rid our bodies and minds of fear; arm balances, because they help develop our confidence and strength, and backbends, for their deep healing qualities.

I am a former award-winning body builder and a Yoga Alliance certified instructor. I trained with Ana Forrest (500hrs) in 2005, and Shiva Rea (120hrs) in 2004 and 2006. I draw from a variety of yoga traditions: Sivinanda, Iyengar, Vinyasa Flow, Anusara and Forrest, and am influenced by the energetic martial arts forms of Qigong and Kalari. I am also a pre/post natal yoga instructor, a guided meditation instructor, and a birth doula. I have been a freelance writer for over ten years, and currently write about health and wellness. I believe that our bodies possess an intuitive intelligence and an energy that makes all things possible.

Get Free Videos and Tips

Useful yoga tips and videos weekly. Downloadable so you can enjoy on or offline!