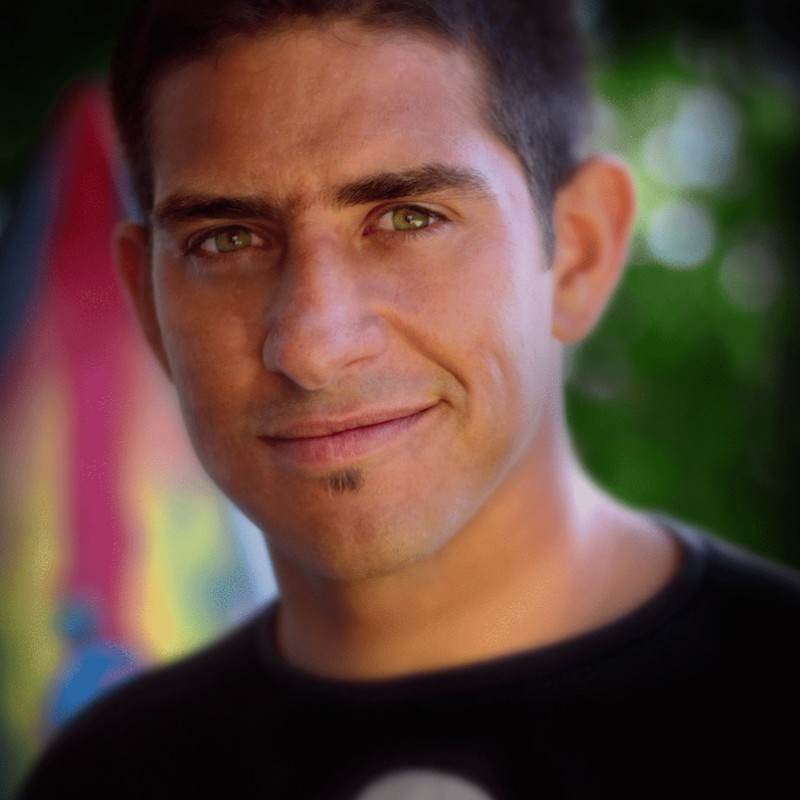 Jose Marcelino's first encounter with yoga was as part of his mom's battle against breast cancer.

His family strongly believed that yoga would play a key role in his mother's treatment and they dove head first into a disciplined daily practice. After having been part of Mexico's national swim team and enduring challenging trainings that led him to beat swimming records in Mexico, Jose was amazed by what yoga did for his body. But, beyond the physical benefits, it was the connection with his inner self that kept him coming back to the practice.

Fast forward ten years: Jose Marcelino's mother had survived cancer, he moved from Mexico to California and established himself as a very successful media entrepreneur in Hollywood. He cultivated a passion for surfing, fell in love and got married, had two beautiful daughters and established a community of loving family and friends. Amidst all of life's changes, yoga remained a constant for him. The idea of teaching always called him, and he finally decided to answer the call in the summer of 2012.

Jose Marcelino was fortunate to do his teacher training with the gifted Ally Hamilton, who has herself been blessed with many extraordinary teachers including Dharma Mittra, Bryan Kest, Shiva Rea, and Jorgen Christiansson. Also, Charlie Samos has been an equal influence on Jose Marcelino's teaching style. Charlie has a natural talent to create a peaceful environment where ego release, mental calmness and emotional openness naturally lead to self-acceptance and growth.

From them, he learned to always have a beginner's mind, to listen to your own body and that your practice goes beyond your mat - It should be happening all the time.

And this is what yoga means to him.

His intention as a yogi is to bring out the best in people - both, on the mat and outside in the real world.