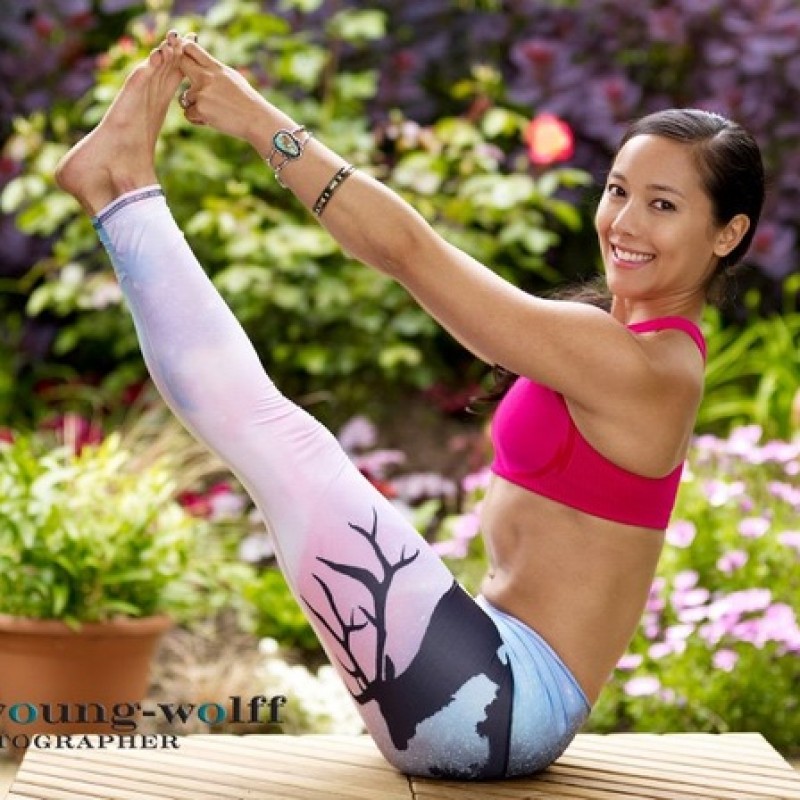 Bri (Briohny) was introduced to Yoga in Thailand in 1999. Very much a part of the entertainment industry from a young age, she found yoga as a way to make time for herself and feel serenity in her life. Upon exploring various kinds of Hatha yoga, Bri discovered inversions and arm balances, adding both physical and mental strength to her life.

Bri loves being upside down in an inversion or playing with arm balances as well as transitions between the two. Using inversions like Adho Mukha Vrksasana/Handstand, yogis can create the space for confidence and strength to grow in a fun yet focused way. The playful aspect of yoga is just as important as its disciplined aspect. Yoga helps to bring awareness to the body. This awareness is the balance of the body and mind. In her classes, Bri's goal is to help yogis bridge the gap between the two.  Her classes are fun and rigorous with a focus on strengthening the core, lengthening the back body and key alignment points to help yogis get in and out of risky poses in an intelligent and safe way. Yogis can expect to work hard and have a blast doing it!